China is an enormous country, so it should come as no surprise that there are multiple types of spoken Chinese being used — both within its borders and abroad.

Simply referring to the “Chinese language” is too vague; China is home to a multitude of languages and dialects, many of which are mutually unintelligible.

If you are looking for Chinese interpreting services, it is therefore essential that you be specific about the Chinese language or dialect you need interpreted. 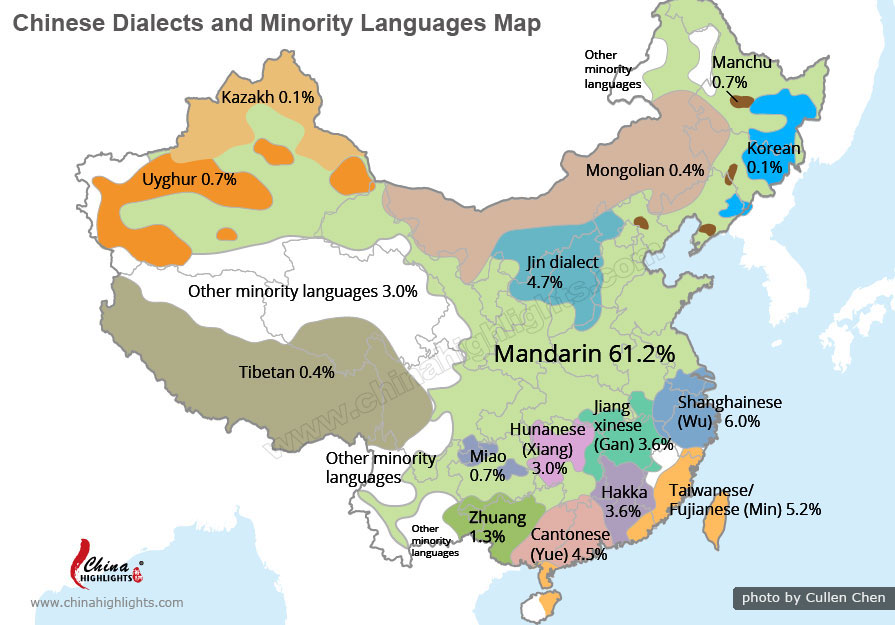 Mandarin is considered a native language by about two-thirds of China’s inhabitants, making it the most dominant spoken Chinese dialect, while Cantonese lays claim to approximately 55 million speakers in China alone. While these are the spoken Chinese dialects you are most likely to encounter, there are many more!

Spoken Chinese is separated into five main dialectical groups, of which Mandarin is only one. Yue (which includes Cantonese), Min, Wu and Hakka make up the other four, covering more than 200 individual dialects. Some of these dialects are limited to very small geographical areas, while others have speakers all across the country and beyond.

Geography Is Essential to Differences in Spoken Chinese

Just as the Spanish language includes several dialectical differences in different countries and regions around the world, spoken Chinese includes a variety of types that are divided largely along geographical lines. The majority of China’s Cantonese speakers live in the country’s Guangxi and Guangdong provinces — but even within these regions, the dialects of Cantonese can vary. Usually the dialect spoken in Hong Kong is considered the Cantonese point of reference by English speakers.

Mandarin, being the most commonly-used form of spoken Chinese, is more widely distributed throughout China. However, geographical differences are evident even within the Mandarin dialect, which is classified into four groups based on geographical location: Southwest, Southern, Northwestern and Northern Mandarin.

Chinese language interpreting must always be sensitive to the type of dialect being used.