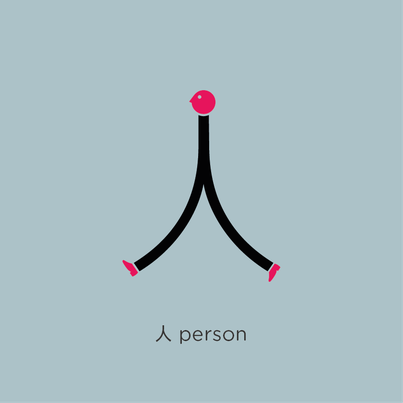 I’ve been responsible for teaching the introduction part of the Chinese course at Linköping university for several years now and one of the most frequent questions asked by absolute beginners is how to study characters. Not what characters to study, what they mean or how they are used, but how to actually learn them. If you need to learn X number of characters by tomorrow, how do you do it?

Since this questions pops up so often, I will try to summarise my answer in this article. Hopefully it will be useful for beginners out there (and perhaps some intermediate learners as well). If intermediate or advanced learners have other useful tips, please leave a comment!

From drawing to writing

Before I go through the advice I have to offer one by one, I want to say a few words of encouragement. Learning Chinese characters is really hard in the beginning, simply because you have nothing to link the new information to.

After a while, your web of Chinese knowledge will expand and adding further to it will become easier and easier. Thus, if you feel that it’s difficult and frustrating at the moment, don’t worry, it will become easier soon. It might feel like you’re drawing pictures, but as your understanding of Chinese characters increases, you will be writing soon enough.

Learning Chinese characters as a beginner

The above advice should get you pretty far. If you want more resources for looking up characters (or anything else related to Chinese), I suggest that you read my article about suggested dictionaries (most of them online and free). However, don’t obsess about details and don’t try to look everything up. You will enter into a maze with no exit except the one you came in through. Realise that perfectionism can be an obstacle to progress.

Learning to write and read in Chinese takes quite a lot of time and effort, but it’s not as hard as it might seem at first. Sticking to the advice in this article will prevent you from making some of the more egregious mistakes. Learning thousands of characters will still take a long time, but hopefully this article will make the journey a bit easier. Good luck!