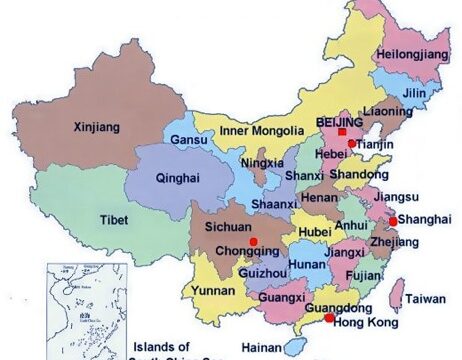 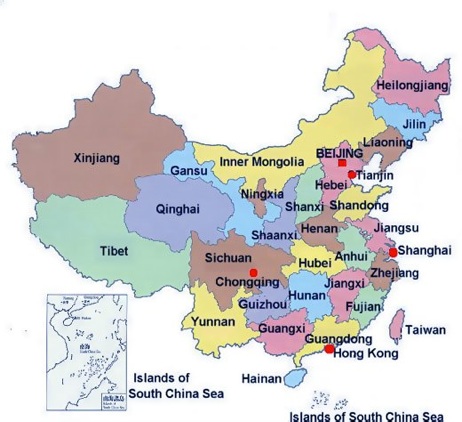 Cantonese may be one of the popular dialects in China since Guangzhou is a major city in Mainland China. People from Hong Kong and those immigrated to North America who were originally from southern China generally speak Cantonese as well.

However, the modern Chinese dialects are classified into seven major groups. In the list of those groups below, the population estimates are based upon a total Han Chinese population of 950 million (Ramsey, 87).

The North varieties of Chinese are usually known as the Mandarin dialects. They are typified by the Peking dialect, which is the basis of the standard language and of “Mandarin” in a much narrower-and older-sense.

The Wu dialects are spoken in the Yangtze delta and the coastal region around Shanghai. This is an area in the most fertile and densely populated part of China. There are more than eighty million speakers of Wu, and they live in a space approximately the size of the state of Georgia(which has a population of about five and a half million).

To the west and somewhat south of the Wu area are the Gan dialects. These little-known and little-studied varieties of Chinese are spoken mostly in Jiangxi, a province that stretches from the hills and mountain passes along the border of Guangdong northward to the great bow of the Yangtze River as it bends southto touch Boyang Lake.

The Xiang dialects are also a Southern group in transition-even more so than Gan. They are exposed to mandarin from several directions. Huna, the place where they are spoken, borders Mandarin-speaking territory on its north, west, and southwest.

Scattered over most of South China are communities of Hakka. Villages of these unusual people can be found in the countryside from Sichuan to Taiwan and are especially common in the hillier parts of Guangdong, Guangxi, and Southern Fujian.

The Yue dialects are popularly known as the Cantonese dialects. They are spoken in Guangdong and Guangxi, in the area around the southernmost point in the curve of the South China coastline. These dialects are also spoken in North America. Unlike people from other parts of China, the people who speak Yue dialects-the “Cantonese” -have settled in fairly large numbers in the United States and Canada.

The Min-speaking part of China is Fujian Province and the northeastern tip of Guangdong. The best-known dialects in the area are those of Fuzhou, Amoy, and Swatow.

The Degree of Diversity among the Chinese Dialects

One often hears it said that the Chinese dialects are really different languages. In practical terms they must often be treated as such ; in some universities, for example, Cantonese is offered alongside the standard language in Asian language departments. But the question of what constitutes a language and what constitutes a dialect cannot be answered in an absolute way; nonetheless, it is important to keep in mind that the differences among the Chinese dialects are very considerable. To the historical linguist Chinese is rather more like a language family than a single language made up of a number of regional forms. The Chinese dialectal complex is in many ways analogous to the Romance language family in Europe. To take an extreme example, there is probably as much difference between the dialects of Peking and Chaozhou as there is between Italian and French ‘ the Hainan Min dialects are as different from the Xian dialect as Spanish is from Rumanian (Norman 187).