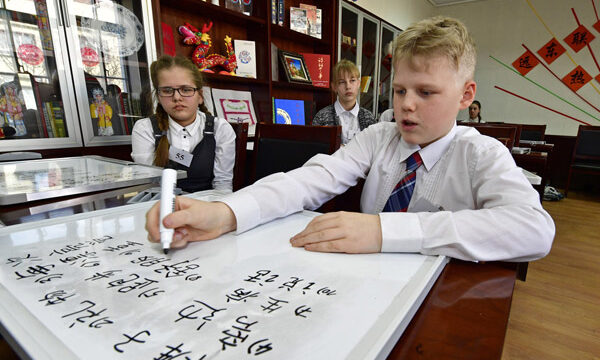 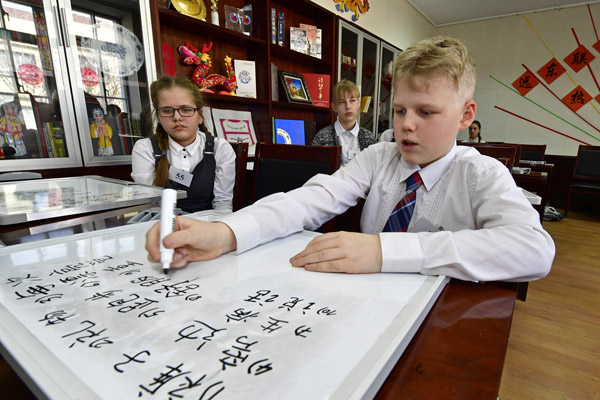 1. Ignore the Haters: Chinese Isn’t as Hard as You Think

One of the most common reactions people have when you suggest they learn Chinese is to complain that it’s incredibly difficult. Luckily for Chinese learners, this is completely wrong.

While there are probably easier languages to learn than Chinese, it is by no means the most difficult, and far from the insurmountable object many make it out to be!

Why do people think Chinese is so difficult?

For a number of reasons, Chinese has developed a misconceived reputation for difficulty. Among the most common reasons is the alien nature of its writing system.

Unlike most languages, which use phonetic writing, Chinese is composed of pictograms and semi-phonetic ideograms.

The good news is this is probably the hardest thing about Chinese, and it’s very obvious. People often assume all other elements of the language are equally difficult, when this is not at all the case.

Chinese may look difficult, but compare it to a language like Finnish, which doesn’t appear too intimidating until you discover it is one of the most grammatically complex languages on Earth!

Chinese has no tenses, no cases, no genders and simple grammar

When it comes to the issue of grammatical complexity, Chinese is really one of the easiest languages there is to learn.

Unlike most European languages, it does not feature complicated constructs like cases and genders.

It also treats tenses in a very simplistic way.

Furthermore, unlike other East Asian languages such as Korean and Japanese, the language is free from complicated honorific grammar.

Even the difficulty of characters and tones is exaggerated

A final point to be made here about Mandarin Chinese is that even the difficulty of its hardest parts—characters and tones—is exaggerated.

People will often dismiss Chinese by saying things like “Won’t I have to learn 10,000 random pictures?” or “Doesn’t every word have 10 meanings?”

The truth is that characters are not random pictures, but a reasonably organized system of radicals and phonetic elements that isn’t too hard to understand. In addition, a learner really only needs to know 2000-3000 characters to have a reasonable degree of fluency.

With respect to tones, while important, they are not necessarily critical to understanding. In actual fact, Chinese people tend to use context more than tone to understand what you are talking about in any given sentence.

2. There Are Better Ways to Learn Chinese Than Ever

Chinese learning in the past was a laborious process involving huge dictionaries, endless character lists and poorly recorded tapes. Luckily, there are now much better ways for you to learn Chinese.

Digital computer-assisted learning techniques have exploded in popularity in the last decade or so, providing learners with great dictionary programs like Pleco and brilliant character-learning programs such as Memrise and Anki.

Media-assisted learning techniques are also a huge help when it comes to learning Chinese, and for this you can check out FluentU.

All of this makes attaining Chinese proficiency faster and easier than ever before.

Another way in which technology is making Chinese an easier language to learn is the way typing is supplanting character writing in China. A number of popular character input methods are used throughout China on mobile devices and computers, and they have grown to become the primary way that Chinese texts are created.

What this means is that you really only need to be able to recognize a Chinese character, in order to type it, rather than learning how to physically draw it through rote memorization.

3. Chinese Will Open Up a World of Opportunity for You

Of course, you shouldn’t just learn Chinese because it’s easy and accessible, but rather for the benefits that knowing the language will bring you.

Indeed, at this point in time, Mandarin Chinese is hands-down the best language to learn in order to get a head start in life.

The main driver of the language’s attractiveness is China’s booming economy and its status as a rising global superpower. Over the last 35 years, China has transformed itself from an impoverished third world country to become what is arguably the largest global economy.

During this same period, China has opened itself up to the world, encouraging foreign investment and economic cooperation. As such, there is a huge demand for people who can bridge the gap between this new growing China and the wider world.

Chinese skills are rare, and can make you an attractive hire

Of course, to be this sort of bridge, there is one skill you must have: fluent Mandarin Chinese. Due to the lack of people in the Western business world who can speak both Chinese and English, there’s a huge demand for these skills, and this can of course mean very lucrative wages.

Through learning Chinese, you can transform yourself from a low value employee into somebody who is critical to the success of a project in China, thereby making yourself a very attractive hire.

4. You Can Communicate with More Than a Billion People in Chinese

China has a huge non-English-speaking population

Aside from the obvious economic and job-seeking benefits of knowing Chinese, there are plenty of other benefits to opening yourself up to communicate with all of those who call China home. While English is widely spoken in many other countries of the world such as India, Nigeria and those of the European Union, this is not the case in China.

Most students learn English in school, but few can speak it to any useful level. Only through speaking Chinese can someone really experience everything that China and its millennia-old civilization has to offer.

The Chinese diaspora is almost everywhere, and eager to help you learn

In connection with this last point, another great reason why you should learn Chinese is that China has a huge diaspora found in almost every country in the world. This presents learners with a readily available pool of people with whom to practice their language skills without even leaving their country.

Furthermore, this community is often very eager to help you learn Chinese, and through engaging with them, you have the ability to make whole new groups of friends!

While much of the world shares a common online space, this is not the case for China. Due to government restrictions and the ever-present language barrier, China’s internet sites are effectively inaccessible to outsiders. The Chinese internet is full of its own unique multimedia, memes and other content virtually unknown to the rest of the world.

A good example of this is Chinese video-sharing sites Youku and Tudou, which effectively function as Chinese versions of YouTube. The key to accessing these spaces is Chinese fluency, yet another reward for learning the language.

The future will likely be Chinese, so get ahead of the curve!

Chinese is not as hard as you might think, and in fact technology is making it much easier. In addition, knowing Mandarin Chinese opens a learner up to vastly improved job opportunities and enables them to function as a bridge between an emerging China and the outside world.

The future of the world will likely be shaped by the billion-strong population of China, and it is indeed a hugely useful move to learn to speak to these people and understand their culture.

So don’t hesitate—drop everything and start learning Chinese today!